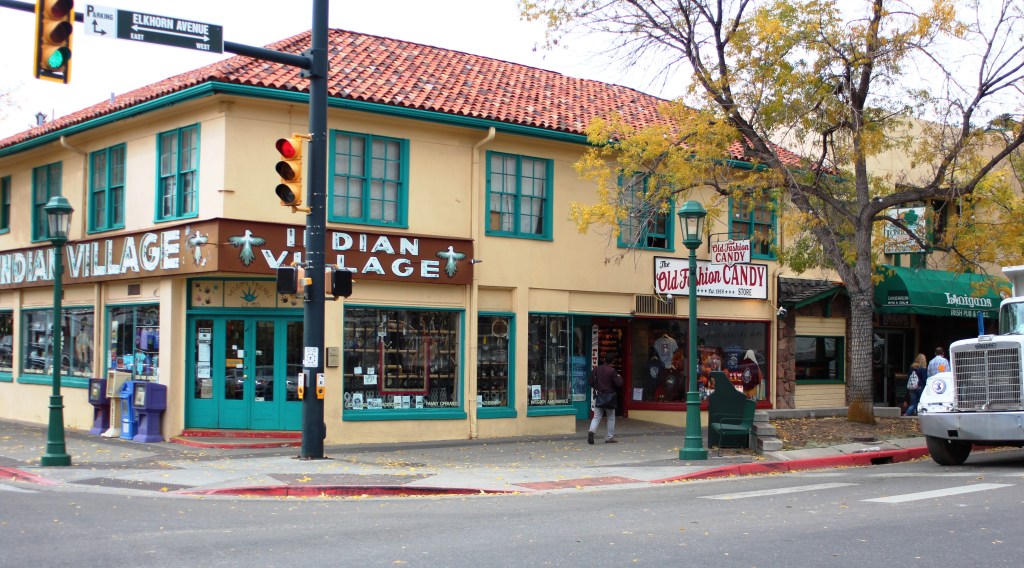 Last week, many in the community were taken by surprise by the shocking news that the Indian village of Miller in downtown Estes Park will close for the last time on Sunday, October 10.

The building that houses the iconic Estes landmark, as well as Old Fashioned Candy and Lonigans Saloon, was sold by the Miller family to Lonigans owner Sabir Shrestha and his business partner.

Toni Miller is one of three members of the Miller family who own the building, along with her brother and the children of her late sister. Indian Village has been part of her family since her parents bought the building 71 years ago, and for 17 years Toni, with the help of her husband, has managed the store that millions of visitors make a point of visiting. every year.

Miller’s parents opened a store in the west end of town before purchasing the building that houses Indian Village. When they made the purchase, they ran both stores until Miller’s father died in the early 1960s. His mother tried running both for a summer, but it got too much and she moved all of their inventory to Indian Village.

And that’s where the Miller family has been since.

“’Go through town and turn left when you get to Indian Village’… you don’t know how many times I’ve heard that as directions to get to Rocky Mountain National Park,” Miller said.

It’s hard to miss the big signs on the store marquee during the day and impossible to miss at night when they glow in a vibrant neon blue. The sight of these signs has been the hallmark of Estes Park’s busiest intersection and has been for the past century.

Shrestha seeks to preserve the legacy the Millers have cultivated for over 70 years.

He started his career at Estes Park in 2005 as a dishwasher and cook at the Wild Rose when he was a 17-year-old freshman in culinary school.

“I rose through the ranks from preparatory cook to line cook, from line cook to sous chef, then to executive chef, then to owner. This is my city… more than where I come from, it is my home, ”said Shrestha. “All my teenage days, all my young adulthood days, and now I’m 36… all my blood, sweat and everything is there. I have always wanted to be part of this community and I love this community.

Shrestha now owns the Wild Rose and three other Estes Park properties. He is an active member of the Estes Chamber of Commerce as well as many other business organizations in the city.

“My first business was Flavors of the Rockies, the local candy store. It was built when I was still a chef at Wild Rose, around 2012, ”said Shrestha. “Me, my old boss and my business partner opened this together. “

They opened this store in 2013, and from there Shrestha bought the Wild Rose, Himalayan Curry, and Kabob, and most recently, Lonigans Saloon in 2016.

Last year, Shrestha approached her landlords, the Millers, in an attempt to extend the Lonigans’ current four-year lease by five years, for a total of nine years. He was informed by Bob Miller (Toni’s brother) that they would sell the building and could not extend the lease.

After much thought and calculation, Shrestha and her partner decided to collect all the funds available, take out a loan and buy the building.

“We thought that new landlords might come in and chose not to renew our lease. I felt the only choice was to sell my business or buy the place. Lonigans has a lot of potential and I had to protect him, ”said Shrestha. “When we worked out the numbers, between three stores, based on square footage, we could afford the mortgage, as well as insurance and property tax. We determined how much Old Fashioned Candy would pay, how much Lonigans would pay, and how much Indian Village would pay.

Shrestha says he’s had a great relationship with the Millers in the past, but buying the building forced some tough conversations that didn’t always end well. During the selling process, there were discussions about pricing and other minor issues that were resolved, and the purchase was finalized in August.

After the sale, there was a disagreement over Indian Village’s monthly rent, and the two sides still disagree on whether Miller had a chance to stay or if she was forced to leave.

“She has been a wonderful neighbor and building owner to us,” said Shrestha. “Indian Village is a great landmark for this corner and the building, and we wanted it to stay.”

Miller had never had a formal lease since she was a co-owner of the building, meaning that once she was no longer a co-owner, a formal lease would have to be drawn up. Miller says Shrestha and her partner never offered him a long-term lease. Shrestha says Miller was welcome to stay as long as she wanted.

Either way, Indian Village’s rent, which was considerably below fair market value due to the family owning the business and the building, was going to increase dramatically regardless of the length of the lease.

“Once you buy the building, the insurance and property tax change. Insurance no longer benefits from acquired rights, so it is much more than what [the previous owners] were paying. The property tax will more than double, ”Shrestha said. “So everyone has to share the costs.”

One option for Miller would have been to buy one of the other 33.3% shares to take control of 64% of the building and keep his store and rent the same.

“I could have, I guess, if I had had the income to do it, but I didn’t,” Miller said. “If I could have done this, I would have liked to do it. I was not retiring. The idea of ​​a partial retirement didn’t bother me, but a full retirement? No never.”

Miller hopes to find a different space in Estes Park and carry on the tradition of Miller’s Indian Village for a 72nd year.

Shrestha says there are currently no plans for the space, but they want to preserve as much of the history of the building and the store as possible.

“We really want this heritage to be saved and we really thought that she would run the place for more years at a fair market value to rent and then sell it to us, so that we can continue the tradition of the building, her family , and this city. “Shrestha said.” We want to make the city center shine, especially the west end. “

This isn’t the end Toni Miller ever imagined for her family’s store, but she was overwhelmed by the support of her customers who came to share stories and memories of her family and the store.

“When I was growing up and being here all the time… and running a store in Tucson year round for 30 years and closing for a few weeks in the summer and coming here. I would hike and then come in and be my mom’s evening aide, and it was still just a store, ‘the store,’ ”Miller said. “When I came back in May, my mother passed away in April, I started hearing all the stories people had and their memories and they started crying when they heard that my mother had passed and could not see her behind. the counter. Now, knowing that we are closing, my customers share their stories and walk out of the store crying too. It was very powerful for me to hear all these stories and memories. It’s hard.”

The Trail-Gazette strives for honest and impartial journalism, and a situation like this can be difficult to handle. We would like to congratulate Toni Miller and the Miller family who have run a successful business in our community for over 70 years, as well as Shrestha for her success and the purchase of the building. We wish you both the best.